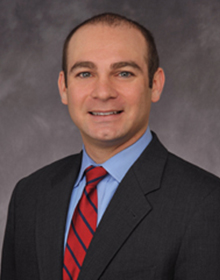 Dr. Jason Klein is the Medical Director of the Vascular Lab at Heart and Vascular Center of Arizona. He is board certified by the American Board of Internal Medicine in Cardiovascular Disease and Internal Medicine. He earned his bachelors degree from the University of Pennsylvania where he was designated a University Scholar by the Honors Program.

He earned his medical degree from Sackler School of Medicine at Tel Aviv University, Israel. He completed his General Surgery Internship at Phoenix Integrated Surgical Residency. He remained in Phoenix to complete his Internal Medicine Internship and Residency at Banner Good Samaritan Medical Center/Carl T. Hayden VA Medical Center where he remained for Fellowship training in Cardiovascular Medicine. He served as Chief Cardiovascular Fellow in 2010-2011.

His areas of interest are consultative cardiology, nuclear cardiology, cardiac pacing, echocardiography, and peripheral vascular ultrasound. He is one of 12 physicians in Arizona to hold the Registered Physician in Vascular Interpretation credential.

Dr. Klein is originally from Roslyn, New York, and is married and has two children.